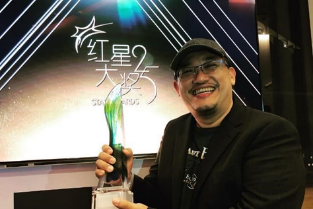 Boris Boo, Director / Writer / Producer, B.A graduated with a degree in Chinese language from the Beijing Language & Culture University. Boris has been in the film & television Industry for 23 years. He started his journey in MediaCorp Studios Chinese Drama as a scriptwriter, where he conceptualized and written more than hundred scripts for various local sitcoms, dramas, and short films.

During his tenure with J Team Productions from 2003 to 2011 as Creative Director, he played a pivotal role in all the company’s movie screenplays and TV productions.

Boris made his directorial debut in 2009 with Where Got Ghost? (《吓到笑》), and has since directed many popular titles in both Singapore and Malaysia. Till date, he has become one of the most prolific directors in Singapore, with 8 feature films under his directorial credits.

Boris is currently an Associate Lecturer in Ngee Ann Polytechnics, teaching in both Film & Media Studies and Chinese Communication Studies. In 2019, he won a teaching award for his dedication and works with the students. Some of his awards and nomination works include being nominated for Best Screenplay for < While You Were Away> at the Star Awards; Finalist of